Waiting on Wednesday is a weekly meme hosted by Jill from Breaking the Spine that spotlights upcoming releases we are eagerly awaiting!

BLURB:
The light is darker than you think… High school student Bobby Pendell already has his hands full—he works almost every night to support his disabled-vet father and gifted little brother. Then he meets the beautiful new girl in town, who just happens to be his boss’s daughter. Bobby has rules about that kind of thing. Nothing matters more than keeping his job.When Bobby starts to get blinding migraines that come with scary, violent hallucinations, his livelihood is on the line. Soon, he must face the stunning possibility that the visions of murder are actually real. With his world going dark, Bobby is set on the trail of the serial killer terrorizing his small town. With everyone else convinced he’s the prime suspect, Bobby realizes that he, or the girl he loves, might be killer's next victim.


The light is darker than you think.


Visit me on the web at: lisaamowitz.com

Lisa Amowitz was born in Queens and raised in the wilds of Long Island, New York where she climbed trees, thought small creatures lived under rocks and studied ant hills. And drew. A lot.
Lisa has been a professor of graphic design at  Bronx Community College where she has been tormenting and cajoling students for nearly eighteen years. She started writing eight years ago because she wanted something to illustrate, but somehow, instead ended up writing YA. Probably because her mind is too dark and twisted for small children.
BREAKING GLASS which was released July 9, 2013 from Spencer Hill Press, is her first published work. VISION, the first of the Finder series will be released in 2014 along with an unnamed sequel in the following year. LIFE AND BETH will also be released in the near future. So stay tuned because Lisa is very hyper and has to create stuff to stay alive.

So excited to show this beautiful cover of His Frozen Heart by Nancy Straight! 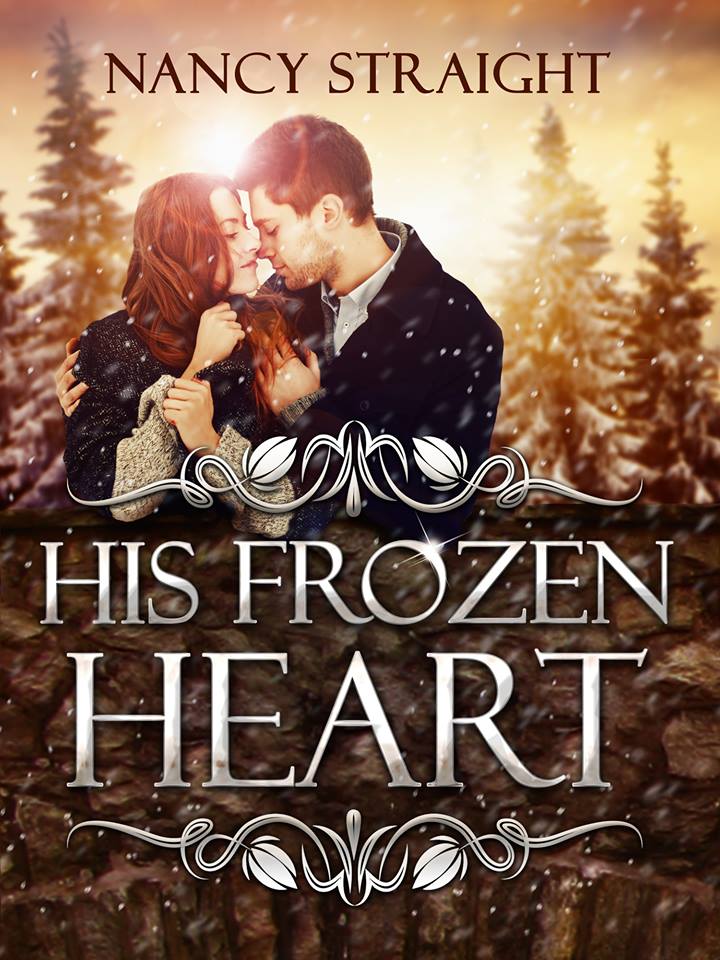 For best friends, Candy and Libby, money is tight with hardly enough to cover their living expenses. When they are desperate for grocery money, the girls bet on their pool playing skills to add to their income.
A simple wager on a quiet winter evening has devastating results, with a stalker determined to kill them both. With Libby in the hospital after a vicious attack, and Candy being pursued by the same stalker, she vows to find Libby's attacker.
What she finds is Dave, an old friend with a secret past filled with misfortune. Will Dave’s past provide the answer to all of Candy’s problems or will it become Candy’s worst nightmare realized? 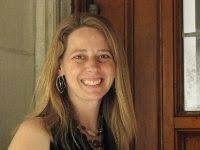 About the Author:
Nancy was born in Sioux City Iowa, left the cold of the Midwest in 1991 and only returns to see family in the summer time. She spent ten years traveling the world as a US Marine and settled in rural SC with her husband and two children.

She enjoys reading all types of Paranormal and Young Adult literature.

Check out Nancy’s other series!

Cover Reveal for Who We Were By: Christy Sloat

Who We Were
A Contemporary Romance Novel 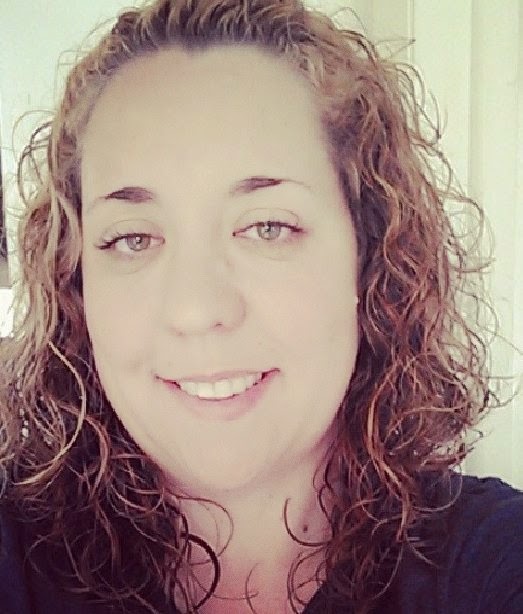 Christy Sloat usually dives into the paranormal realm when it comes to her books. She gave us; The Past Lives Series and her bestselling trilogy, The Visitors Series. One night she was trying to sleep and ignore the idea of a book that was beginning to haunt her. She threw off the covers and decided to write the layout of Who We Were, a novel about a young girl who finds out how one simple alteration in her summer could change her life forever.
Sloat wrote the book in under three months and is very happy to be able to say she has added a contemporary romance to her line up of books.
Here is the long awaited cover for Who We Were. Get the standalone novel September 15th published by Anchor Group Publishing.

Find out more about Christy by clicking, Here 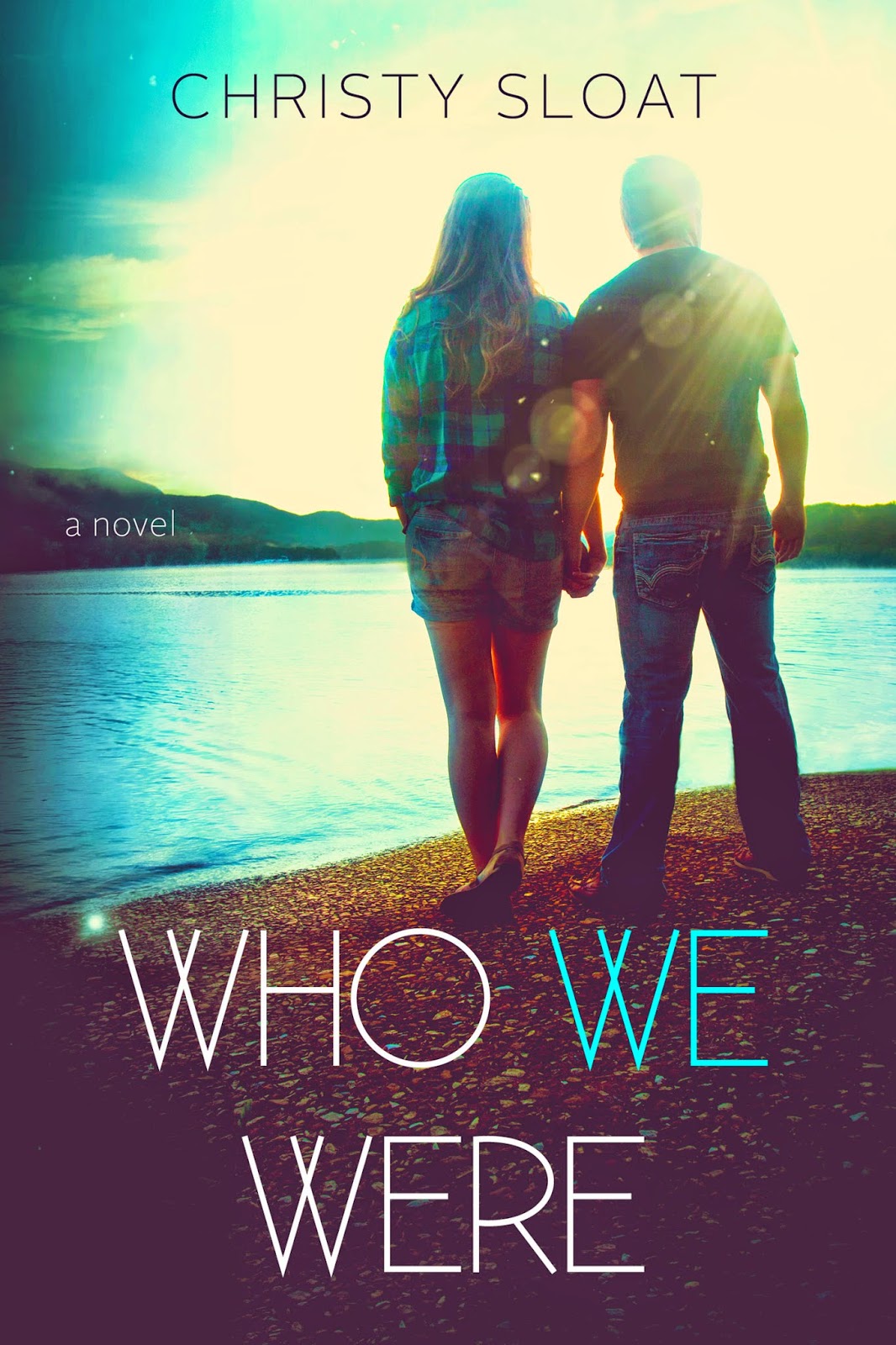 About Who We Were

“Who we were had washed away with the summer. Who we are was yet to be seen.”
Summer school at Alcott High was only supposed to gain Sadie Peters extra credit, nothing more. Her goal wasn't to make friends, or gain the attention of the most popular football player, yet she managed both. Her life was cruising along on course ... until that summer.
Could a simple stint in a different school change her identity completely and introduce her to love for the first time? How would that affect her relationship with Lily, her best friend?
Hopefully their friendship was strong enough to make it through the tumultuous summer. Sadie learns that great things come with change, but sometimes memories of the past are hardest to part with.

Add it to your Goodreads TBR

What do you think of the cover? Tell us in the comments
Posted by Derinda at 3:00 AM No comments:

David Family Saga: Bayou Rogues
Let the David brothers whisk you away to the bayou country and captivate your senses as they heat up the humid Louisiana nights. 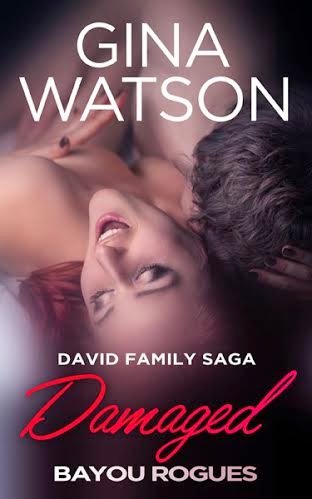 Blurb
Bailey’s short life may be rendered even shorter if fortune doesn’t turn her wheel. Unfortunately, most of what she needs is out of her control. The one thing she can control is the quantity and quality of her sex life. She dreams of connecting with a dominant male, one who knows how to take what he wants, one who can deliver the kind of illicit sex that will make her feel desired and dirty and totally satisfied.

In spite of the fact that he goes home with a different girl almost every night, Parker is all too happy to give Bailey what she wants. But after he gets a taste of Bailey obsession takes hold. He wants her, and while he’s never been in an exclusive relationship, Bailey has him pondering monogamy. Problem is, Bailey’s not interested. In fact, she goes to great lengths to prevent the development of deep feelings between them.

Parker senses a raging tide boiling beneath Bailey’s surface and he intends to find out what she’s hiding. When Bailey’s camouflage is removed, Parker is compelled to make the ultimate sacrifice. 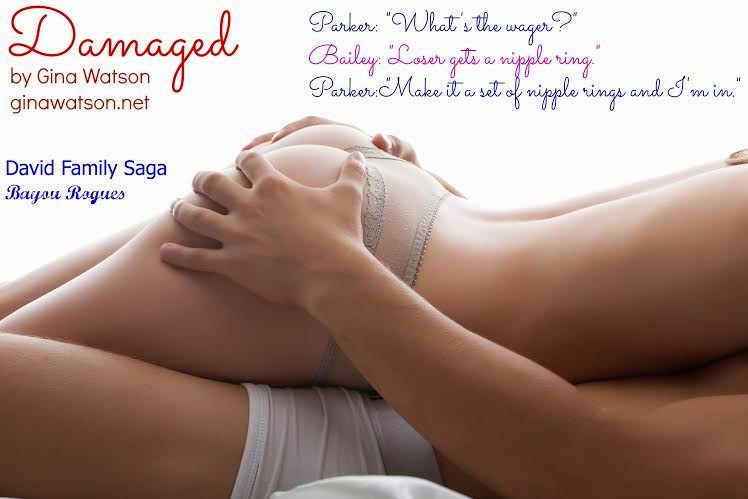 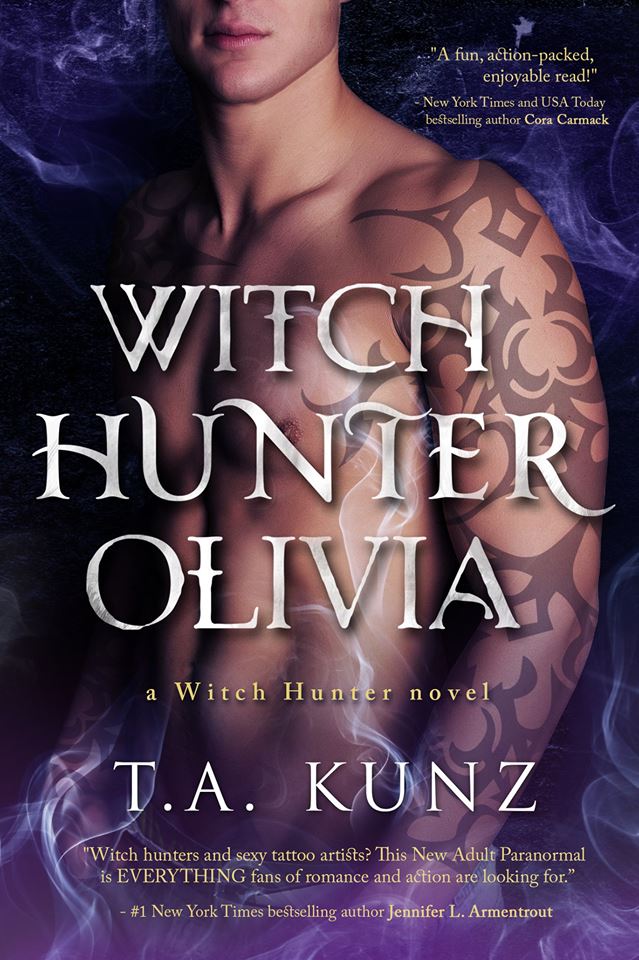 In the town of Piedmont Pointe, where paranormal is the norm, a girl can easily get herself in over her head with a single wrong move. Unfortunately for Olivia Adams, she's about to make several.
Starting over is never easy, but it seemed like the only option to Olivia. The decision to turn her back on the Guild of Witch Hunters, the very group she devoted her entire life to, was one of the hardest things she ever did. It meant leaving her family, her friends, and her old identity behind forever. Coming to terms with what caused her to abandon her duties in the first place was even harder.
While trying to lay low and stay off the Guild's radar, Olivia finds herself thrust back into her old ways after unknowingly interrupting an assassination hit on a powerful witch. What follows is the last thing she ever thought she'd agree to do--protect the very thing she was groomed to hunt.
To complicate things even further, Olivia begins to develop feelings for a tattoo artist who also happens to be half warlock, and no matter how hard she tries to fight it, she can't resist her inescapable draw to him. Olivia's forbidden relationship isn't her only issue though, because once the mystery behind the assassination attempt starts to unravel, she's forced to choose sides when the loyalties still tied to her past life are tested again.
So much for the idea of a fresh start.

Author T.A. Kunz has always had a fondness for reading thrilling mysteries and action-packed urban fantasies. So, it was no surprise when T.A. decided to write stories that they’d fall into one of those two genres. T.A. lives in Central Florida with two fur babies and a mechanical engineer who also happens to be quite the culinary badass, which there are no complaints about. Being a self-diagnosed caffeine addict, many joke that T.A.’s addiction to Starbucks coffee will likely be their downfall later in life. 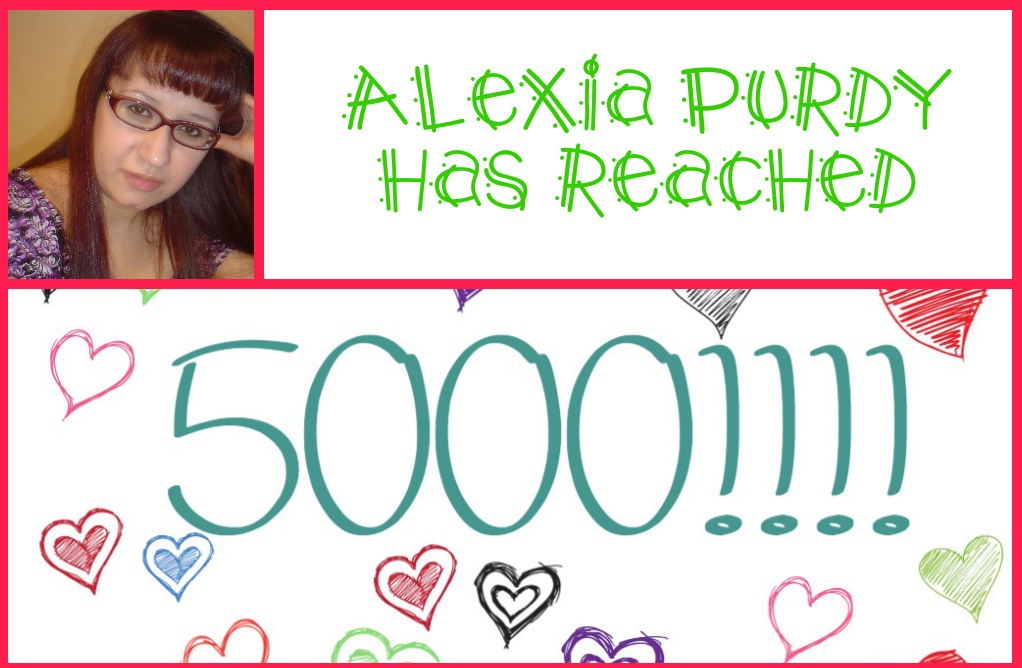 What a way to say thank you to her fans!
Alexia Purdy has reached 5000 likes on Facebook and is having a MASSIVE Giveaway to celebrate!!

About Alexia
Hey! It's Alexia Purdy, and it feels weird talking about myself in the first person, but  here goes...

I currently lives in Las Vegas, Nevada- Sin City! I love to spend every free moment writing, or playing with my four rambunctious kids. Writing has always been my dream, and I've been writing ever since I can remember. I love creating paranormal fantasy, poetry and love to read and devour books daily. I also enjoy watching movies, dancing, singing loudly in the car and Italian food.

So there you have it in a nutshell. Thank you.

Here are the authors, bloggers and #1 fans that are participating: 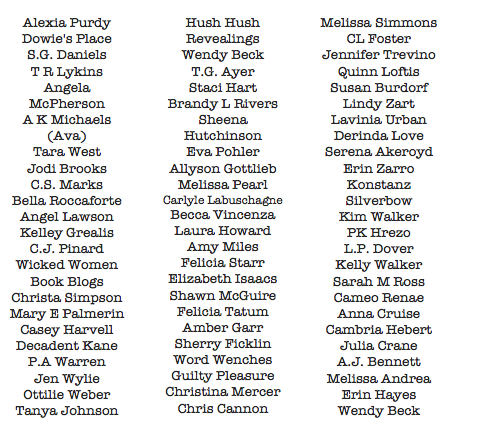 So head over and get your giveaway on!!

a Rafflecopter giveaway
Posted by Derinda at 3:00 AM No comments: